Being happy doesn’t mean that everything is perfect. It means you’ve decided to look beyond your imperfections. -Unknown

The recently concluded Olympic Games were a success, but that depend on who you talk to. There were tears of joy and tears of disappointment.

Many Olympians spent most of the last four years training—training really hard to get to the games. Some set their expectations very high. Anything less than a gold medal is considered a complete failure–a bust, and a letdown. Still, many were satisfied that they got the chance to compete.

One such athlete is Oscar Pistorius, (or Blade Runner, as he is also called) of South Africa. He was elated that he finally got the chance to compete at the Olympics; to show off his talents. Pistorius spent the better part of eight years fighting weighted red tapes and barriers designed to prevent him from competing against world class able bodied athletes. Barred from competing at the Beijing Olympics, Pistorius kept fighting, and in the summer of 2012 he got the chance to fulfill his life long dream.

The Pistorius story is singularly fascinating and inspiring. We will remember it for many years to come. He was born without a fibula in either leg.

Both of his legs were later amputated below the knee when he was eleven months. But Pistorius learnt to look beyond his imperfections and be content with who he is.

“I grew up in a household with my elder brother, Carl, where my mother didn’t ever mention my disability,” Pistorius says.

“She didn’t treat me any differently. She was probably harder on me because of it and she never let me pity myself.

“She said to me: ‘Carl puts on his shoes in the morning and you put on your legs, and that’s the last I want to hear about it’.”

“People ask why I want to run in the Olympics, what am I trying to prove,” Pistorius says.

“Well, I just want to prove to myself that I am the best I can be.

Oscar Pistorius of South Africa (or Blade Runner, as he is also called) did get the chance prove to himself and the world, that he is a world-class athlete. He silenced his critics when he ran in the men’s 400-meters race as well as the 4×400 meters relay in London, making history as the first double amputee to compete in the Olympic Games. And though Pistorius did not medal in his events, he told reporters that his experience in London had been “phenomenal. 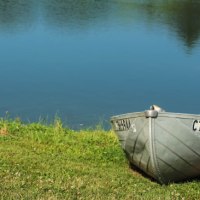