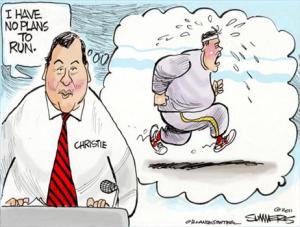 “Now Is Not My Time”

After much ambivalence, New Jersey Governor Chris Christie, announced on Tuesday October 4, 2011 at a News Conference in Trenton, NJ, that he was not going to run for president of the United States.

The Governor had said all along that he was not going to run. But after GOP and Tea Party hopeful, Rick Perry’s poor showing in the Florida debate and Straw Polls, GOP big donors who have had it with Christie’s indecisiveness, began their last aggressive push to get Chris Christie to jump in the race.

In the end , the Governor announced: “Now is not my time”. The announcement  left many disappointed and heart-broken.