“There is one God, and one mediator, between God and humanity, the man Christ Jesus“(1 Timothy 2:5).

A mediator takes the hand of one party and places it into the hand of another party. A mediator is someone who has one primary aim, and that is to bring peace to a broken relationship.

Most of us are aware of the ongoing conflict in the Middle East, between Israel and Palestine. We also know that over the years the United States have delegated several peace mediators to sit down with both parties to try to work out a compromise; but to date no one has been able to take the hand of one party and place it into the hand of the other.

Jesus Christ is your representative to God, and He is God’s representative to you. He does not have any hidden agenda—He has your best interest at heart, and He is a genuine mediator. As your mediator He presents your need of mercy to God, and as God’s mediator He extends God’s grace to you. “For by grace are you saved through faith; and that not of yourselves: it is the gift of God” (Ephesians 2:8).

Jesus Christ is the only mediator that you will ever need, for He is the One whose sacrifice on the cross at Calvary for sin completely satisfied the demands of God’s justice and holiness. The only one that you should allow to come between you and God is His Son, Jesus Christ. “Neither height nor depth, nor anything else in all creation, will be able to separate us from the love of God that is in Christ Jesus our Lord” (Romans 8:39). 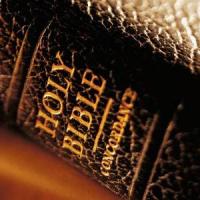