Presumptuous sins are rampant in the world and the Church. And it appears humans cannot avoid committing them. But even though temptation follows you wherever you are, yielding is a choice.

What is a presumptuous sin?

It is an intentional rebellious or sinful act committed by a human being. The transgressor committed the act with full knowledge that it is immoral. Presumptuous sins are premeditated. There is intent to commit a wrong and time to deliberate before the action.

In Psalm 19:12-13, King David prays to God for protection and forgiveness from presumptuous sin, knowing his own human weakness and powerlessness against this enemy, this disease of the soul, this foreign invader in all humans.

But who can discern their own errors? Forgive my hidden faults. Keep your servant also from willful sins; may they not rule over me. Then I will be blameless, innocent of great transgression.

David, like many of us, could not resist the temptation to commit presumptuous sin. He conjured up, plotted and committed adultery with Bathsheba. And when he realized she was pregnant; he had her husband killed to cover up his transgression. But God exposed him.

There are many David’s and Bathsheba’s in the Church. Therefore, it should not surprise anyone that many of the people who paraded themselves as praise and worship leaders, choir members and ministers are some of the worst offenders.

But none of us is perfect. After all, the Bible says, “For all have sinned and fall short of the glory of God” (Romans 3:23). So, even though you may not sin presumptuously, you are not sinless. The Bible says, “If you say you are sinless, you deceive yourself, and the truth is not within in you.” (Romans 3:23).

Indeed, nobody goes through life without ever having an urge to yield to temptation. But Luke 4:1-13 proved that we can resist temptation if our heart and minds are intuned with God. 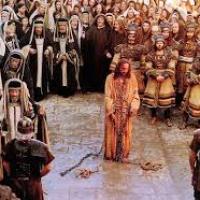