Victoria Osteen, wife of mega church pastor, Joel , may have redefined the purpose and reason Christians worship God. In one of their recent weekly broadcast, Victoria raised eyebrows in the Christian community when she said the following:

It was only one week before the historic Passover and the city of Jerusalem was crowded with pilgrims who had come there for the annual Passover celebration. Jesus and His disciples would soon come to Jerusalem to take part in the festivities. They had been travelling for months; connecting with the towns and villages of Palestine. Everywhere Jesus went He preached the Kingdom of God and healed the sick. As they journey to Jerusalem, Jesus warned His disciples that the time is come for Him to die, but after three days He would rise again.

So, as they came near Jerusalem, Jesus told two of His disciples to go into a nearby village and bring a donkey that would be waiting there. Jesus rode into Jerusalem on a donkey. Crowds of people spread their coats on the ground in front of Him. Some waved branches of palm trees, a sign of victory. The people shouted, Hosanna! Blessed is the one who comes in the name of the Lord.

In Luke 9:23 Jesus gives us a preview of what it means to follow Him. “… If any man will come after me, let him deny himself, and pick up his cross daily and follow me”.

Although taking up your cross involves denying self, the main focus is about following Christ. The cross or burden we carry has to do with the choices we make with our will, the responses we have in our actions, and the attitude we carry in our hearts.

Our cross means that we are putting to death every decision, every response, and every attitude in our life that is not consistent with the love of Jesus Christ.

Life could be much more interesting than it is, if we would yield the Master’s call and allow God to chart a course and direct our steps. It is well documented in Biblical history that those who had surrendered control to God lived more prosperous and meaningful lives than those who did not. Even so, most of us scoff at the idea, because we like to take all the glory for our achievements. We are like the leader of the pride—the thought of giving up control or sharing power makes us nervous. So, even after we have confessed our sins and promised to follow Jesus, we still hesitate to give Him total control. It is only when our backs are up against a wall that we entertain any idea to give up control, but only temporary. Therefore, as soon as we have crossed the Red sea or the Jordan, or survive the storm we are back to business as usual—rebellious and disobedient.. Giving God control of your life means you are part of a team. God now becomes  team leader and director; you become a follower. Unfortunately, this is where the problem begins. Most people do not see themselves as followers. They think it is demeaning. In one of the most tightly contested presidential primary, a Journalist suggested that one of the candidates settle for running mate. The candidate replied with this: “You will never see me running for vice president”.My friends, you can rest assure; there is nothing demeaning about following God and surrender  total control to Him. The prophets and the Patriarchs and the apostles did, and after more than 2000 years we are still talking about them.
Still, like it or not, God is already in charge, but He refuses to act until you ask Him to. The Psalmist David in one of his dialogues writes the following: “O taste and see that the LORD is good: blessed is the man that trusted in him”– Psalm 34:8. 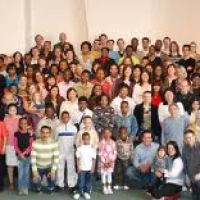